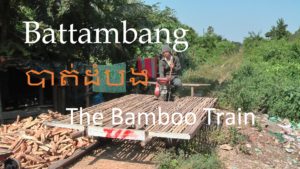 Battambang is the capital city of Battambang province in north western Cambodia.Founded in the 11th century by the Khmer Empire, Battambang is the leading rice-producing province of the country. For nearly 100 years it was a major commercial hub and provincial capital of Siamese province of Inner Cambodia (1795-1907), though it was always populated by Khmer, with some ethnic Vietnamese, Lao, Thai and Chinese. Battambang remains the hub of Cambodia’s northwest, connecting the region with Phnom Penh and Thailand.